Kampot to Can Tho in one day overland border crossing 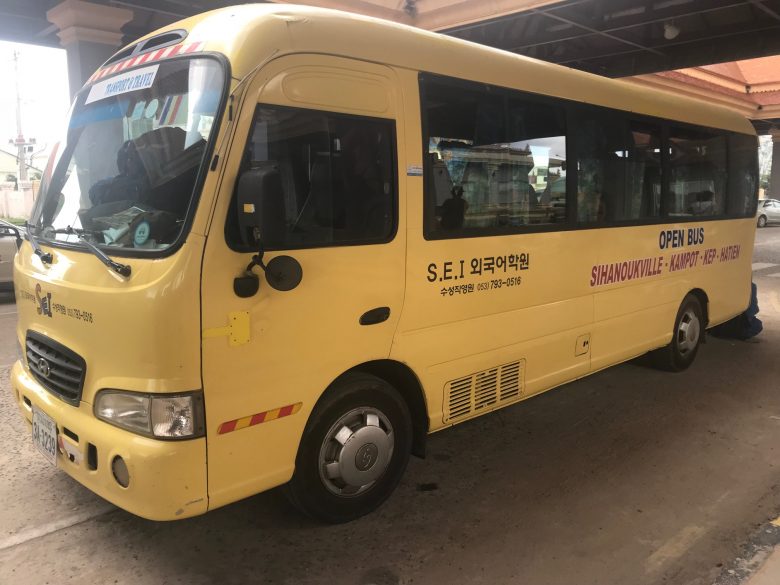 We’d heard horror stories, but, although the day was long, it was straight – forward.

We bought our ticket from Kampot- Can Tho from Mad Monkey Hostel in Kampot where we were staying. The bus company was called Kep Tours and the ticket cost $16 per person.

We were collected at 930am and drove around Kampot for around 1 hour collecting other passengers. By 11am we were at the border; the driver took the passports from us after we had all filled out our Cambodia departure cards, we had time to visit the bathroom, then back on the bus to the Vietnamese side.

Here again, our passports were put through in a batch, everyone had already got their visas. We were told to fill out a ‘health certificate’ and pay $1, but we didn’t, and it wasn’t essential – YOU DO NOT HAVE TO FILL THIS OUT- it’s not an official requirement and seems to be a money-making scam.

We were here around 40 minutes, then onto a mini van (with the door held shut by paracord!) for around 15 minutes into the town of Ha Tien to the bus company’s office.

We arrived here at 1pm and were told the bus to Can Tho was at 230pm. So, we got some food and found an ATM and relaxed for a little bit.

The bus arrived on time and was actually not full, and fairly comfortable! The journey was 4.5 hours long with no stops. So we arrived in Can Tho at 7pm. There were motorbike taxis and car-taxis waiting and it took around 10 minutes to arrive in the centre of town at the guesthouse. Tired, but stress- free (for once when crossing over land borders in South East Asia!).

Hope this puts your mind at rest if considering this journey!