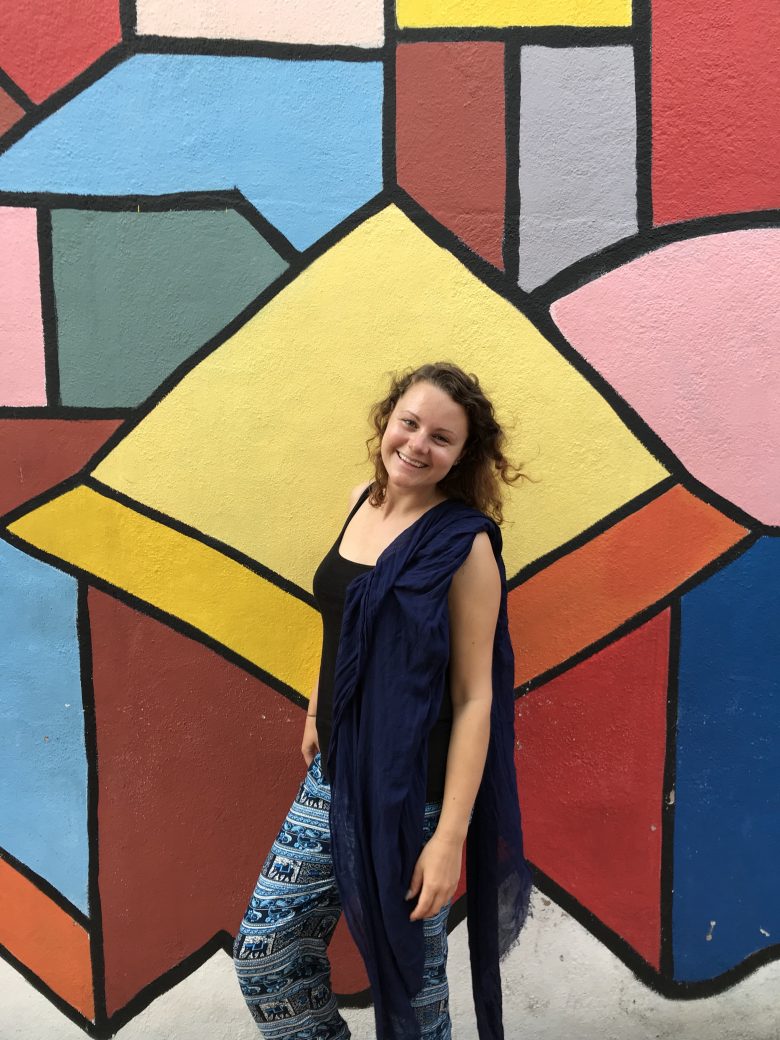 Originally our rough plan had been to fly to Singapore from Vietnam and work our way north, overland to Penang and fly to Sumatra from there.

However, when we realised we would need to do an Indonesian visa run, we decided to save Singapore for that and instead fly from Vietnam to KL.

Melaka is south of KL, so it had been a one night planned stop over between Singapore and KL, but now we were only to be in KL we crossed it off the itinerary.

We ambitiously booked 4 nights (3 full days in KL) but, even though the heat and humidity were draining like nothing we’d encountered before, typically for us we felt we had seen 75% of what we wanted to by the end of day 1.

Having used “easybook” to book our onward travel from KL to the Cameron highlands, it got me thinking about the possibility of a day trip to Melaka.

5 minutes later; not being much of a thinker; more of a do-er the tickets were booked for depart KL 10am (due Melaka 12pm) and depart Melaka 830pm (arrive KL 1030pm). A long day but hopefully fun.

We had visited Batu caves the day before, so had worked out how the trains work: tickets etc and knew which line we needed for the bus station. That said, we were still running for the bus with 1 minute to spare, because it was a Sunday and the trains ran less frequently! Doh!

We arrived into Melaka on time and decided to get the public bus number 17 to the town centre rather than pay for a taxi. We had to wait around 40 minutes before a bus showed up but it dropped us right in the centre of town at Stadthuys.

We had booked Nancy’s kitchen for lunch as we were keen to try traditional Peranakan food and Nancy’s was rated one of the best! So we hurried there and found a huge queue out the door, with waits of 1 hour or more, but our table was waiting for us because we booked. We enjoyed the candlenut chicken immensely but weren’t so keen on the tamarind duck. The restaurant was absolutely full of local and foreign people, so we suspect we made a poor menu choice on the duck – front. 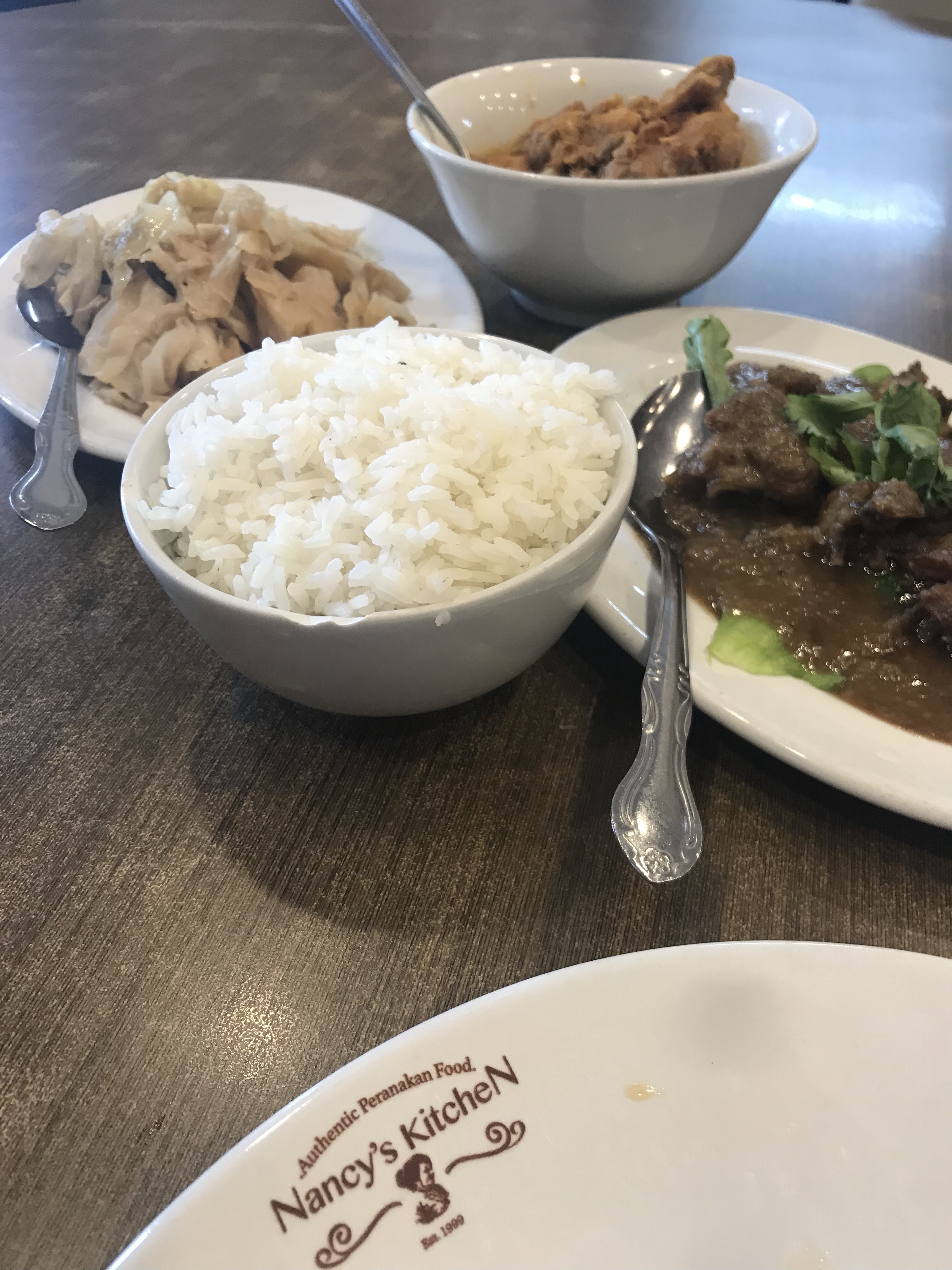 Continuing our Peranakan discovery, we walked back towards to centre of the town, passing the beautiful Baba and Nonyas house heritage museum. A traditional Peranakan house, preserved in the old style for people to visit. We were sure it must be just as pretty inside, and as we had arrived at 250pm, and tours start on the hour, we waited a minimal amount of time before being shown around. No pictures were allowed inside of the art and museum artefacts, but I took one of the main atrium of the house. It was so beautiful. Chinese embroidery and Silks, stunning hand carved wooden staircases and decorative walls and doorways and colourful china and ornaments filled the unexpectedly large property. The tour lasted roughly 1 hour and the guide was informative and funny and really engaging. She enabled us to ask a lot of questions and therefore we really felt we learnt a lot about Peranakan history and culture. It cost around £10 per person, but we felt it was money well spent as we thoroughly enjoyed it. 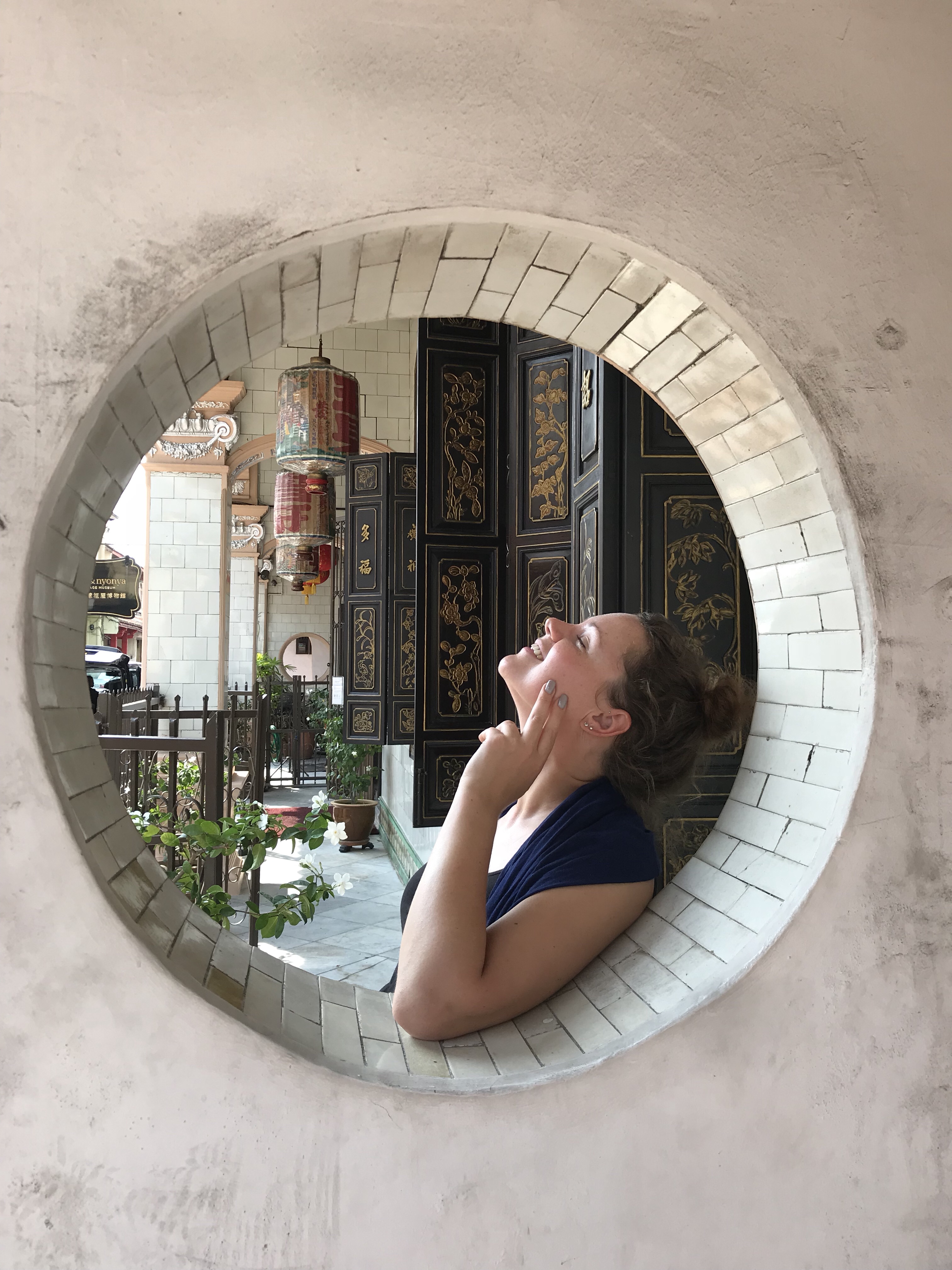 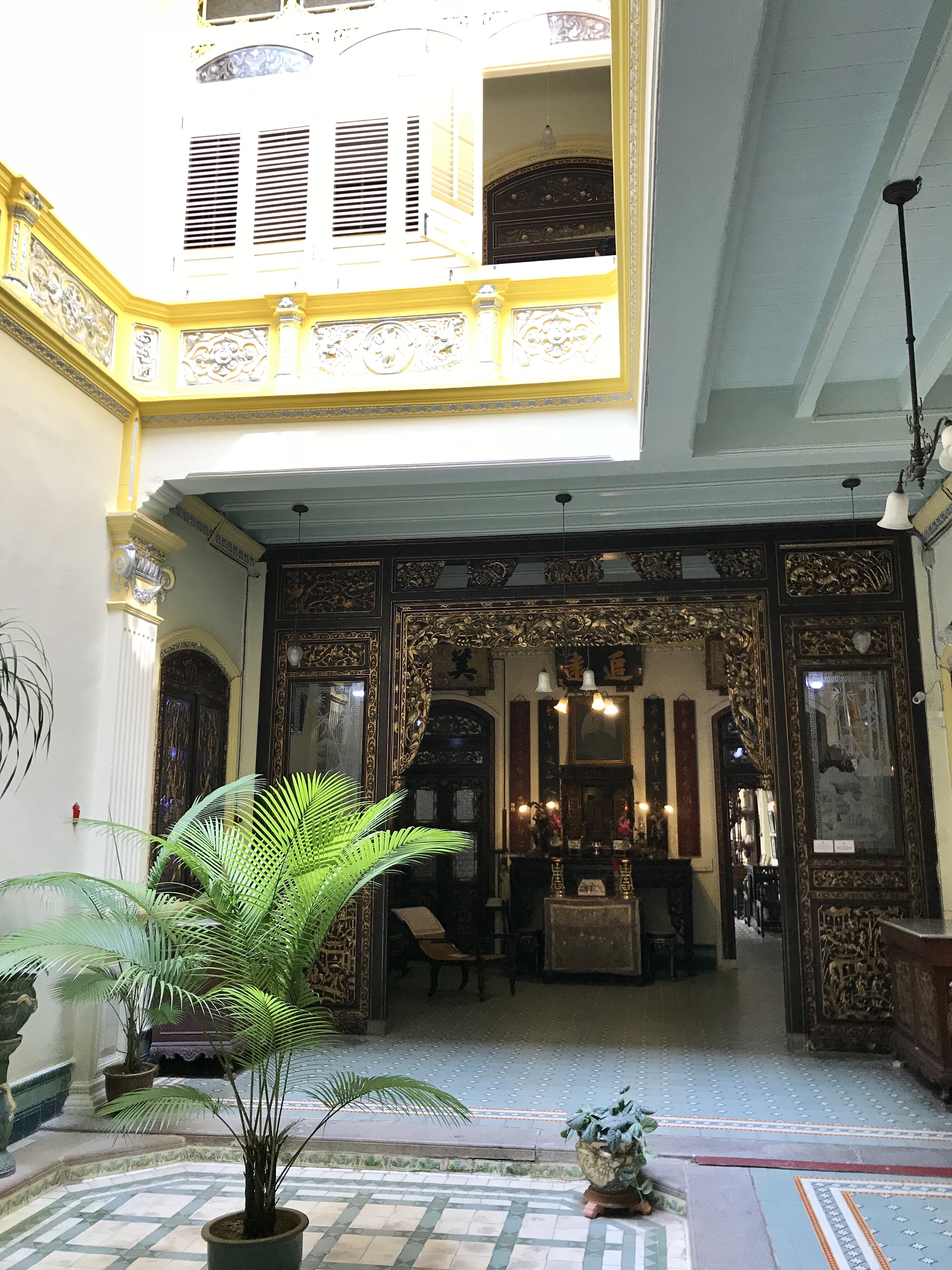 Next for the complete different end of the spectrum: walking back to Stadthuys and passing by so many of the crazily decorates trishaws, we had to try one! Ours was decorated garishly with minions and our drivers’ preferred music was European techno, played at maximum volume! Within 10 minutes we had reached the area of the ruined Portuguese fort and the ruins of St Paul’s church. We explored these and our driver was waiting for us at the bottom of the hill when we were finished. A short ride back to town and the amusing trip ended! It cost around £4. For a bit of fun (and obviously transport to an area we would have otherwise spent 15 minutes walking to)we didn’t think that was too bad. 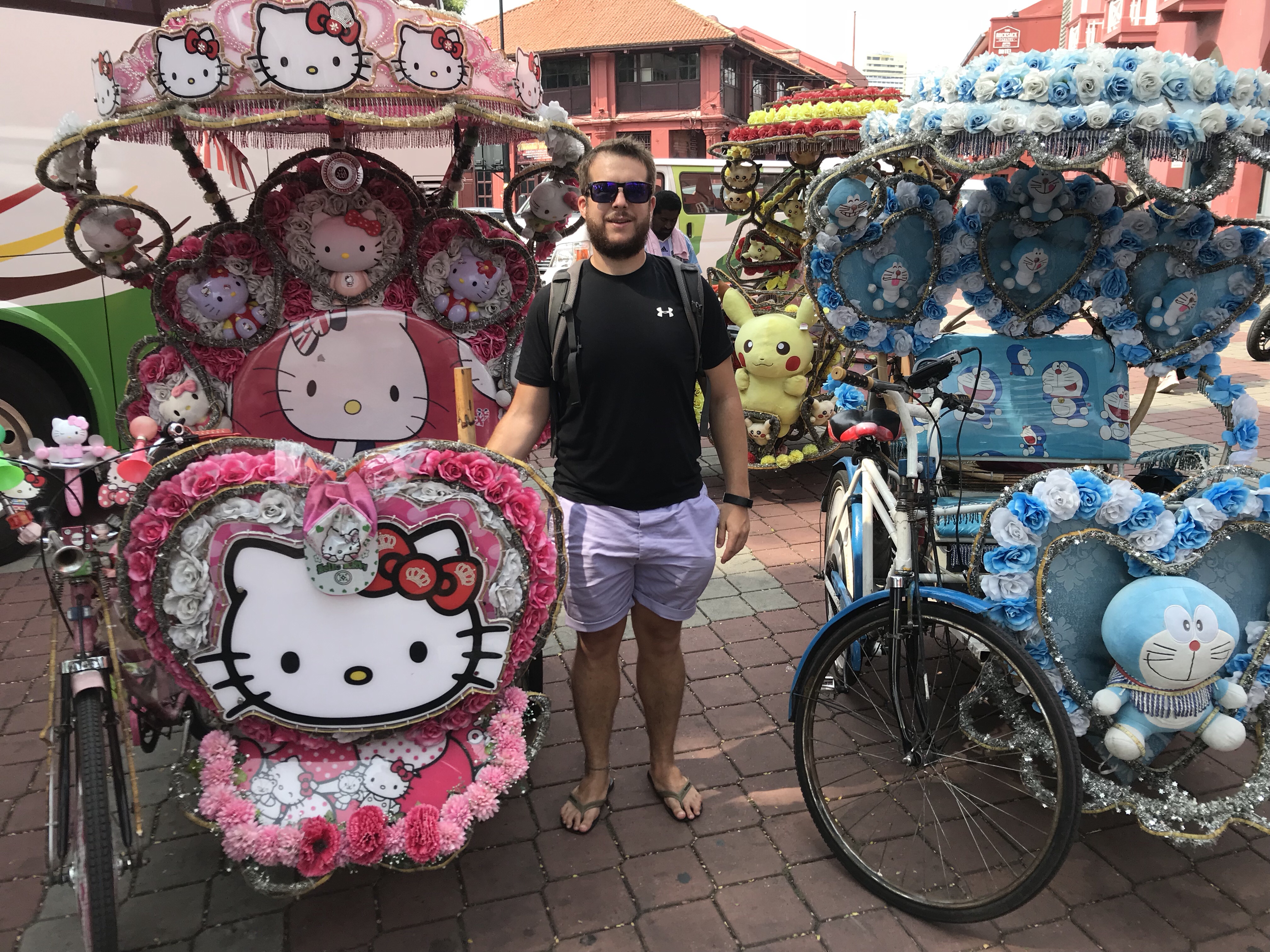 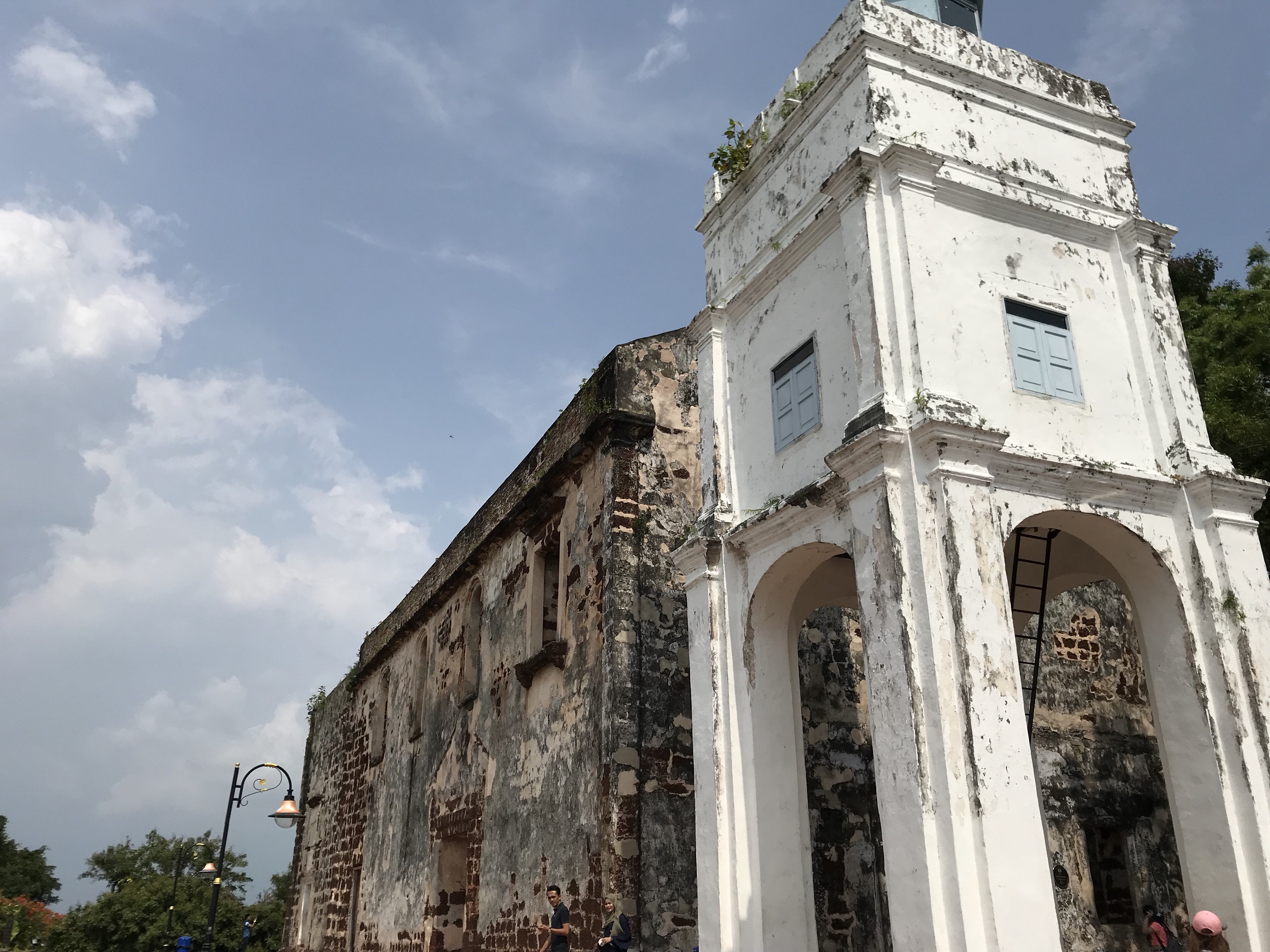 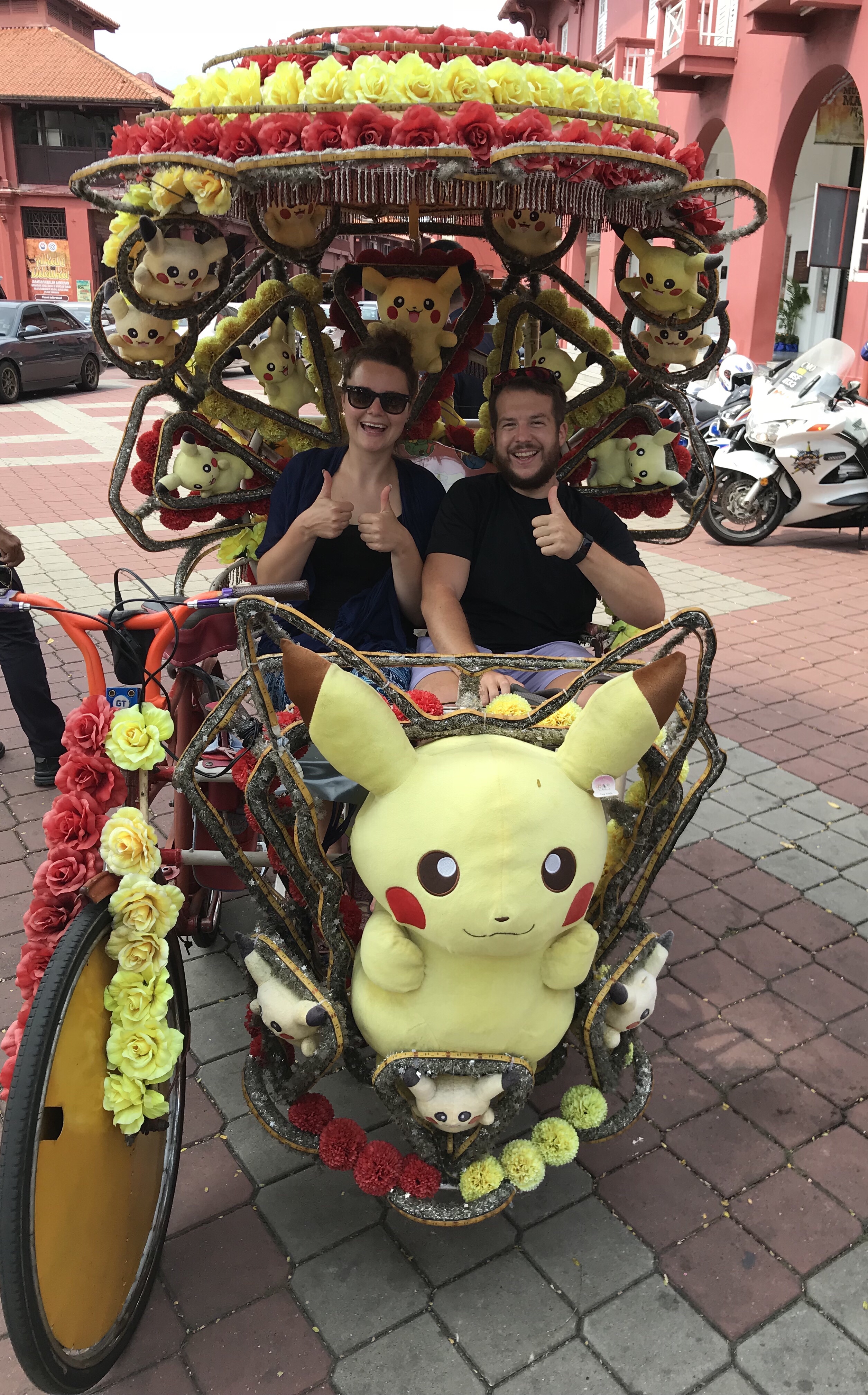 Hot and in need of hydration we found ourselves walking along the water front of the canals where some arty and trendy bars were conveniently located! After a beer and a rest, we began weaving our way through the many colourful streets, some full of street art, other naturally quaint. 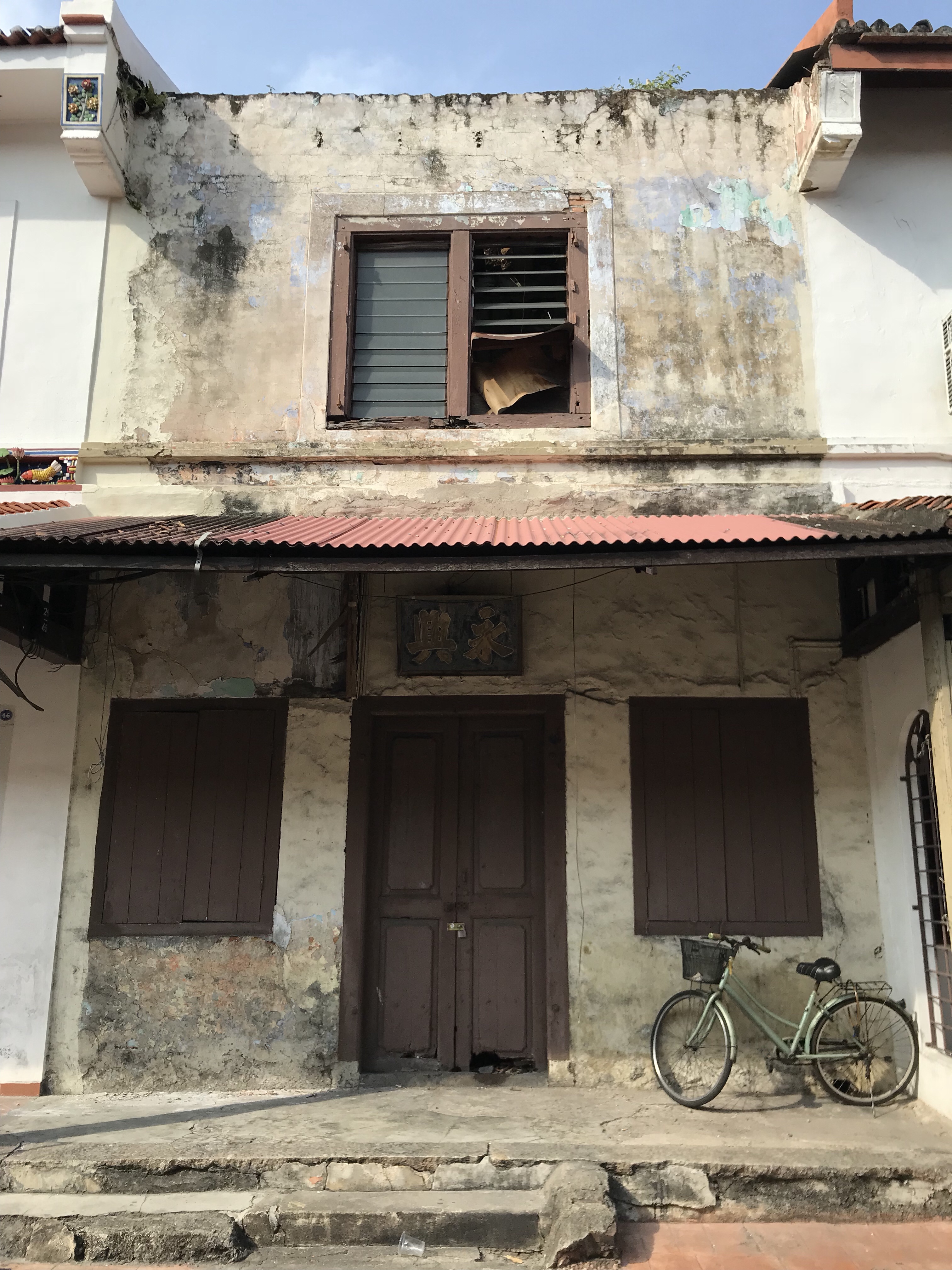 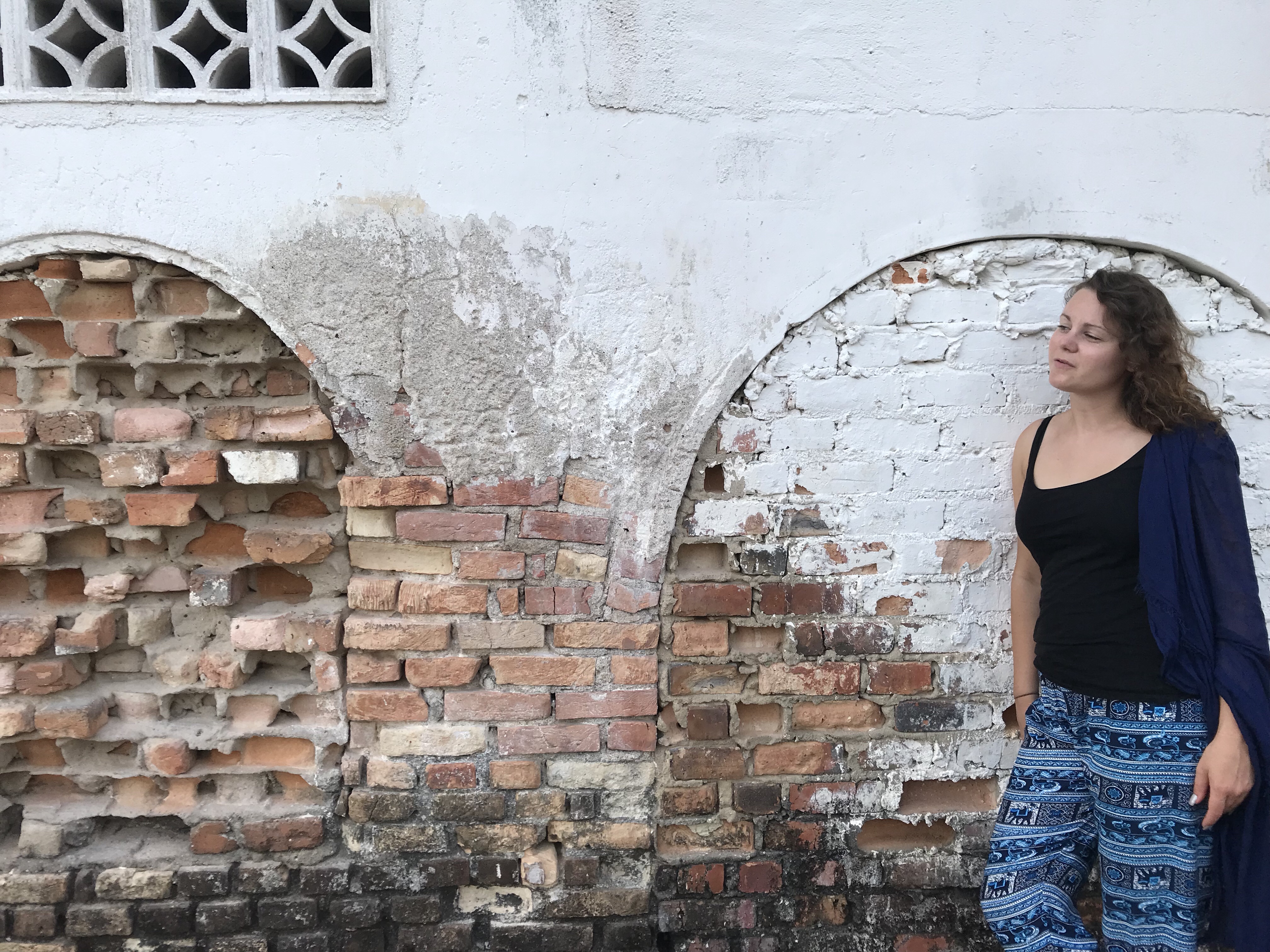 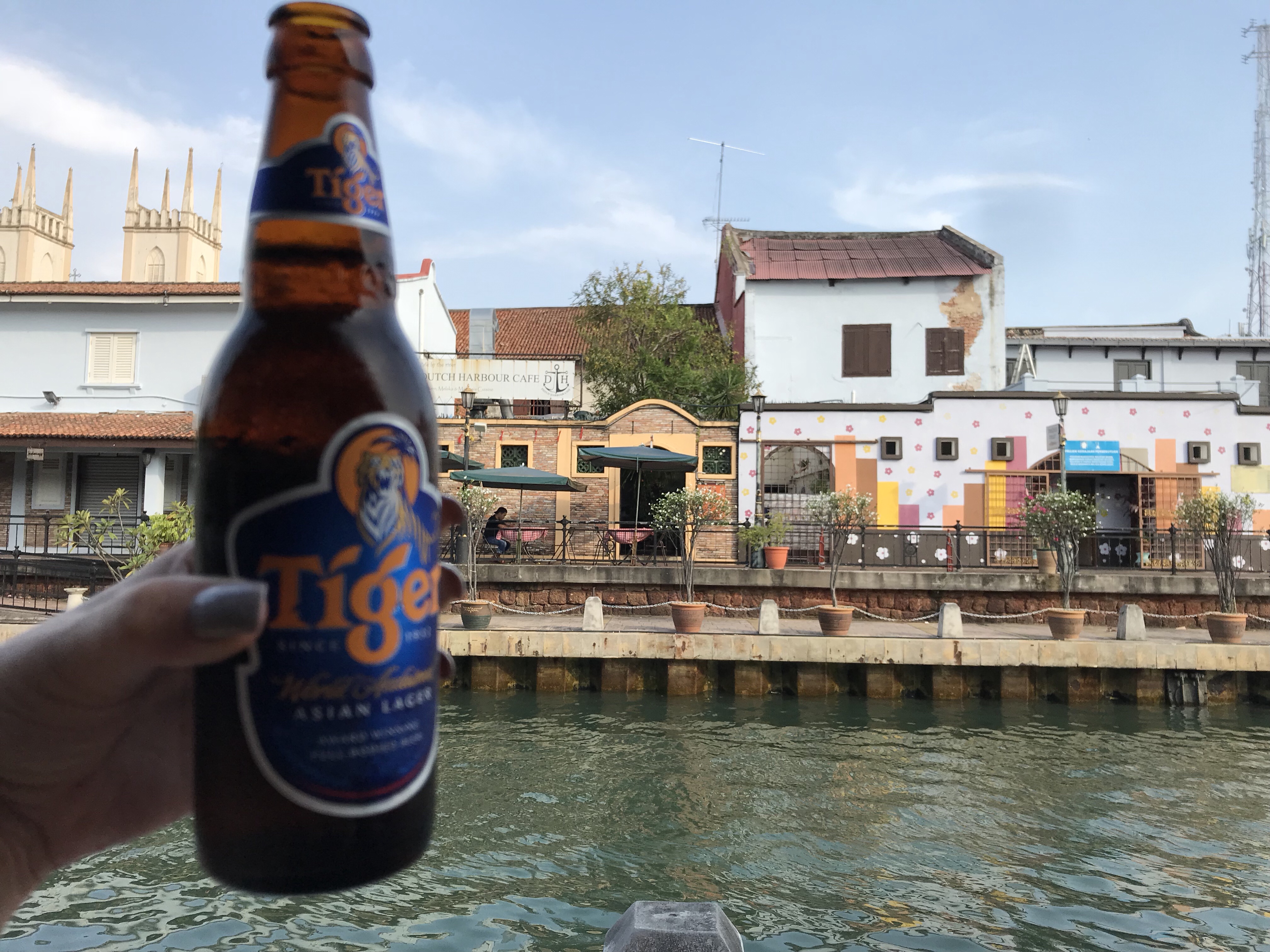 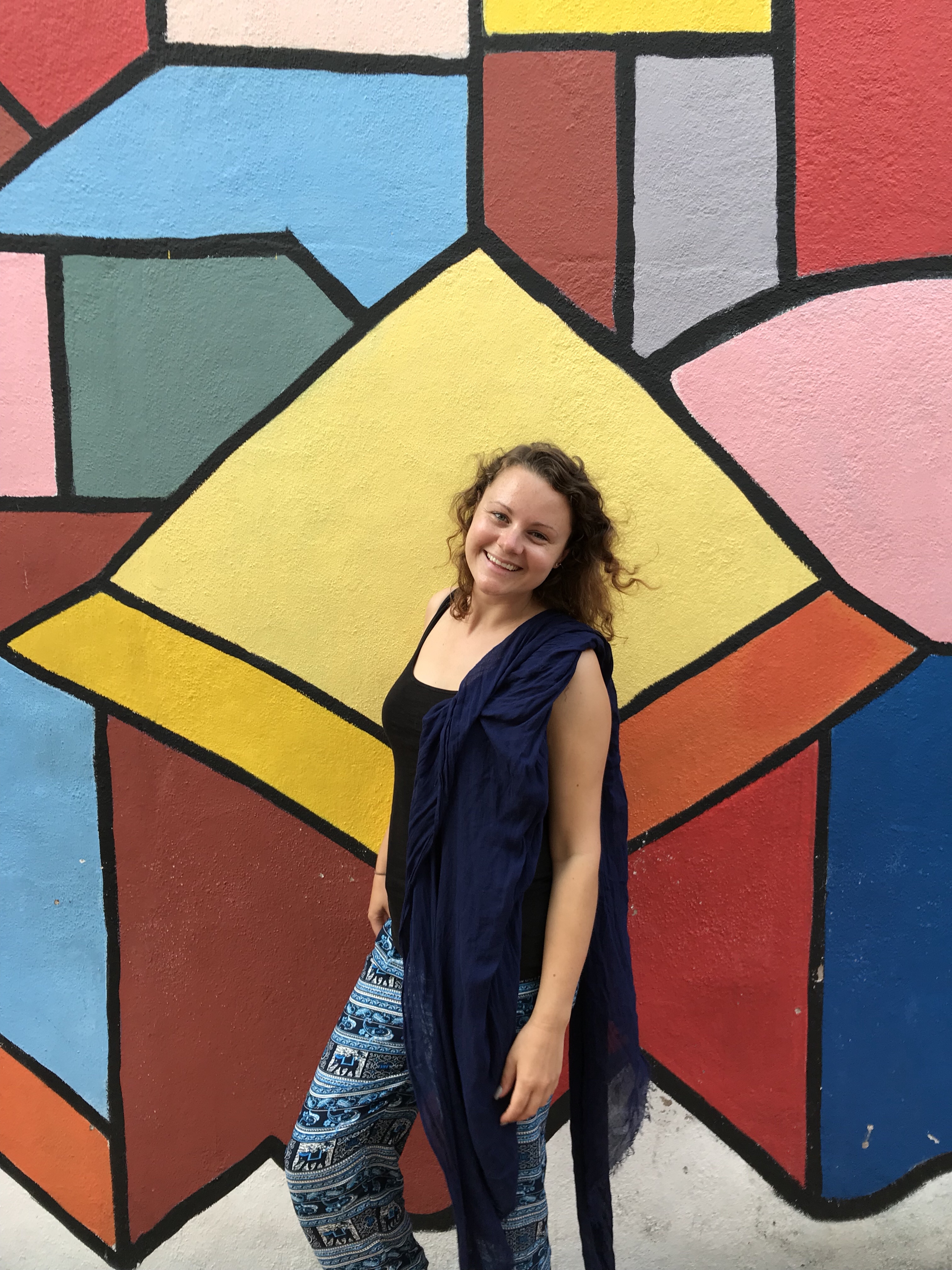 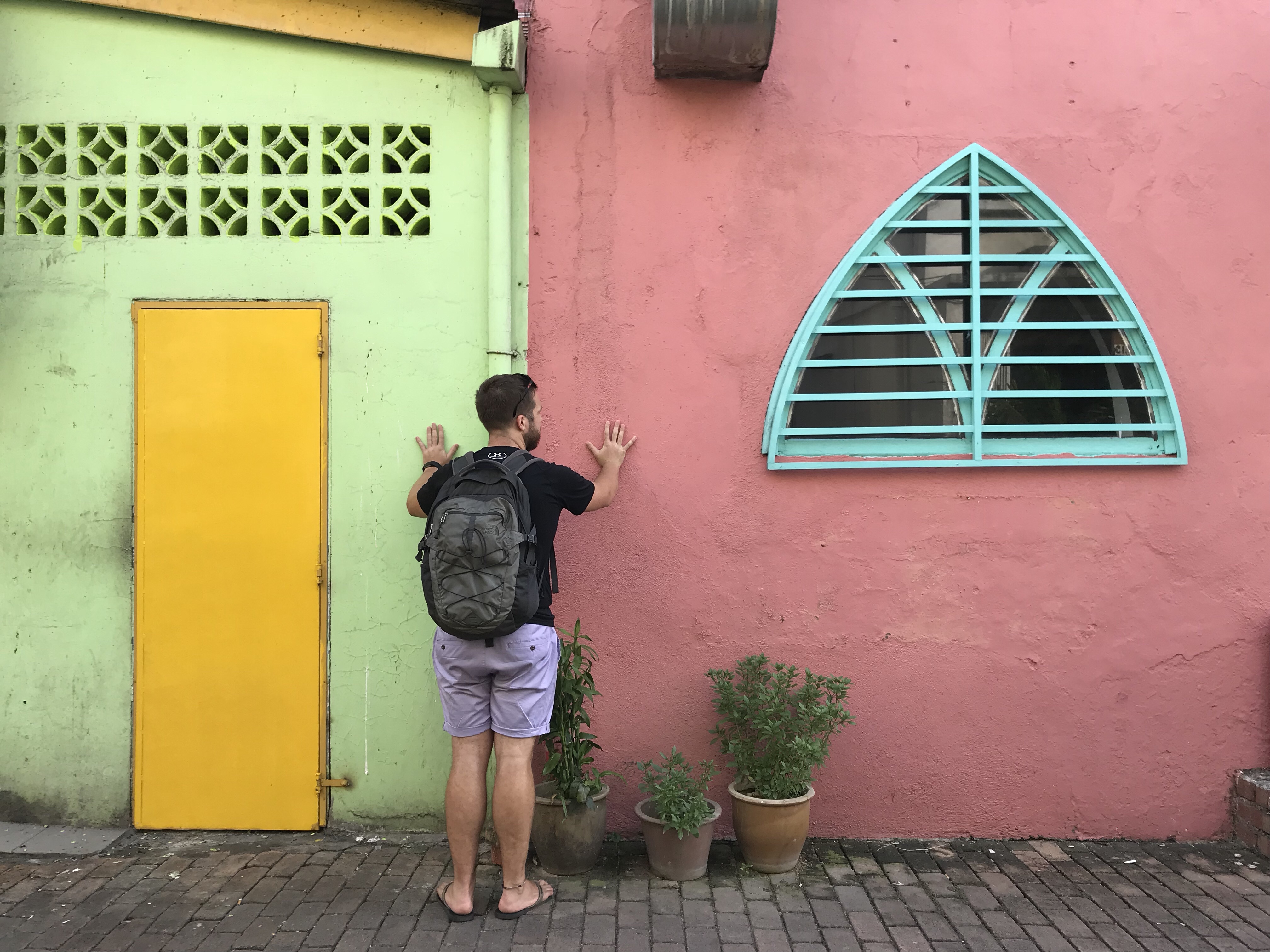 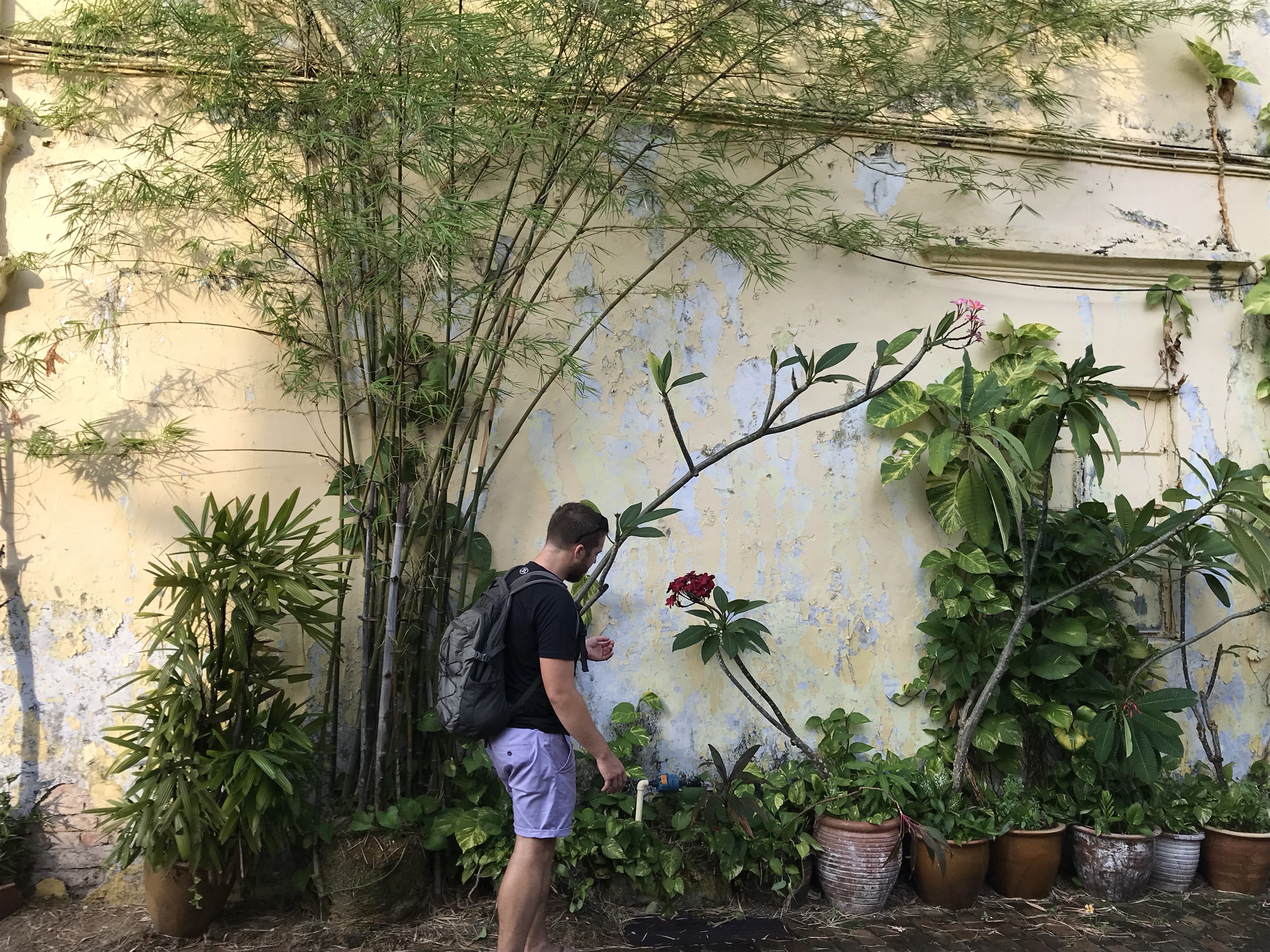 Early evening was drawing in now and the famous Jonker Street market was starting to take form. We grabbed ourselves a Cendol and sat amidst it all, people watching and ogling the stalls holders working their magic. 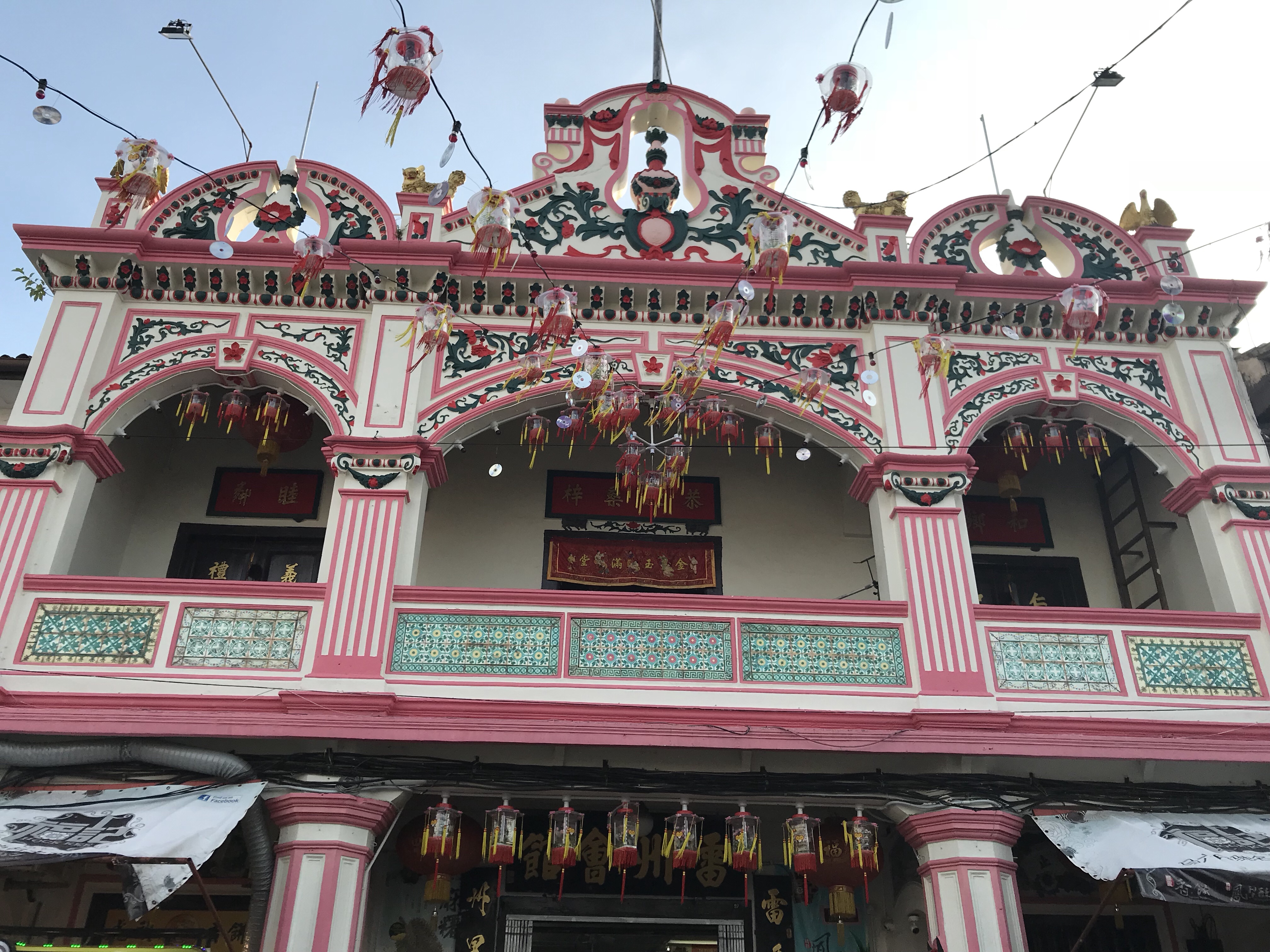 A taxi back to the bus station was easy to find and we were ready for a sit down and rest our tired feet. Sadly the bus was 2.5 hours late due to traffic jams from a traffic accident. It meant we didn’t get back to our hotel in KL until around 2am, but it was the fault of no one and didn’t spoil the day (I mean Mark was grumpy, because of course he was the only person who was tired and hot, you know…?!) at all.

So, in conclusion, if you find yourself with an extra day to spare in KL, a day trip to Melaka is well worthwhile. For those not on a budget, or maybe a small group, a taxi is also a good way to get here and back without time constraints of booking buses.

I would definitely advise on booking the bus before the evening you want to travel instead of just turning up at the bus station, as every single bus back from Melaka was sold out and full.